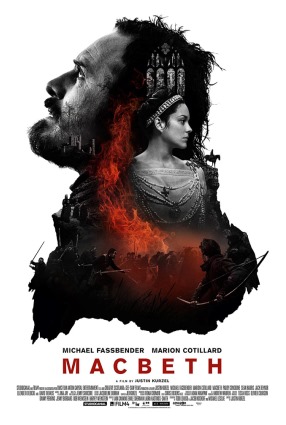 I’m really worried about Michael Fassbender.  The guy emerged late last decade as a major rising star who seemed like he could restore a particular kind of tough intensity to the screen in an era where most of the movies stars seem to be wisecrackers like Chris Pratt and prettyboys like Chris Hemsworth.  These qualities have certainly endeared him to film buffs, who are constantly searching for the next Robert De Niro and he’s won awards for his work in movies like Shame and 12 Years a Slave but I’m worried that for all his star quality the wider public just hasn’t caught on.  Fassbender has had roles in mainstream blockbusters like X-Men: First Class and Prometheus but I don’t know that he’s ever really been able to “sell” a movie to the public and that weakness came to a head earlier this year when the Fassbender starring biopic Steve Jobs failed spectacularly to interest the general public and one can’t help but wonder if this was simply because they didn’t really recognize the man at the center imitating the titular tech mogul.  This lack of popularity may in fact have less to do with his qualities as an actor than it does with his refusal to behave like a movie star.  He doesn’t campaign for awards and shies away from making appearances on talk shows.  I certainly understand why he’d want to avoid all that nonsense, but I fear for all the performances we may lose if Hollywood decides he isn’t “bankable.”  The litmus test for his place in the mainstream may come next year when he stars in a big budget adaptation of the “Assassin’s Creed” videogame series, until then he’s decided to cross another challenge off his thespian “to do” list: tackling Shakespeare.

That Michael Fassbender’s foray into Shakespeare would be in an adaptation of Macbeth probably shouldn’t be too much of a surprise.  Fassbender’s main asset as an actor is his quiet intensity and few Shakespeare characters are as quiet and intense as the title character of his Scottish play.  On top of that, Macbeth is a much bigger badass than most of Shakespeare’s characters.  One would hardly believe Fassbender as a weak and dithering Hamlet or as a more conventionally heroic character like Henry V or Mark Antony and of course his presence in one of the comedies is even harder to picture.  As you would expect, Fassbender is pretty damn good in this role.  This adaptation focuses more on Macbeth’s psychology than usual, positing the character less as a Machiavellian schemer and more as an insane demagogue who lusts for power but isn’t even sure why.  Meanwhile Lady Macbeth, played here by Marion Cotillard, is viewed more as a sort of enabler than as a mastermind and here eventual madness comes less from guilt of her own actions than from the fact that she’s created a monster and unleashed him upon Scotland.  If I have any real complaint about either of these performances it’s that they’re maybe a little too quiet and restrained for their own good.  They spend a lot of the movie whispering lines that were pretty clearly meant to be projected to the back of a theater and I would have liked it if they had maybe unleashed a bit more of that sound a fury here and there.

The film was directed by an Australian filmmaker named Justin Kurzel, who is also slated to direct the aforementioned Assassin’s Creed movie.  Kurzel’s first movie was a fictionalized dramatization of an infamous Australian crime story called The Snowtown Murders.  That movie was appropriately grisly but also knew how to not go so far as to be distasteful and it also had a tone that was extremely somber and understated almost to a fault.  Macbeth is of course another story about a killer and the film also sort of has a quiet and understated, almost kind of dreary, tone.  Here Kurzal has opted to emphasize the fact that the play is meant to be set well before Shakespeare’s time and in a Scottland that is still rather entrenched in a sort of tribalism.  Much of the film has been placed outdoors in military camps rather than in opulent palaces and things are a lot dirtier and rustic than what we usually associate with Shakespeare.  It’s also not entirely clear how much of the film’s tone is meant to be taken literally and how much of it is partly informed by the character’s mental state.  For instance it is perhaps an open question whether the weird sisters, who in this adaptation seem almost spectral, are even real in the movie or whether they’re a figment of Macbeth’s imagination.

So, is this movie good?  Well, yeah.  This is one of the greatest dramas ever written, it’s kind of hard to screw up, especially when you have a cast like this.  The bigger questions are whether the movie lives up to its potential and whether it’s better than the other adaptations of this play (and there have been a lot of them).  Given that Macbeth has such a rich cinematic history this latest adaptation doesn’t have the easiest road to becoming memorable and it certainly isn’t the boldest and most cinematically exciting option out there.  However, I do think there’s value to having a well-made and relatively “straight” adaptation of the play and I suspect that the film may prove to be popular among high school teachers who want a film adaptation of the play that’s closer to the original text than Kurosawa’s Throne of Blood and who doesn’t want to deal with all the nudity and 70s haircuts that go with Roman Polanski’s Macbeth.  If you’re in the mood for a little Shakespeare this will probably give you what you’re looking for, if you’re looking for a particularly striking cinematic experience you could certainly do worse and it definitely has its moments but this isn’t going to blow your mind.