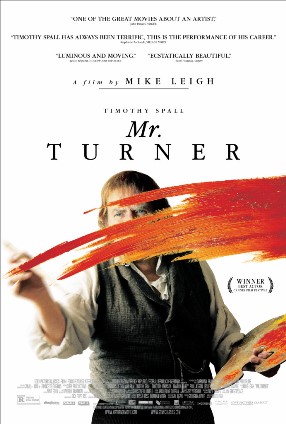 Mike Leigh is a filmmaker who is in the odd position of simultaneously being one of the most consistently acclaimed filmmakers in the world and also one of the most under-appreciated.  I suppose you could say that he’s a great filmmaker who’s been taken for granted.  Leigh hit his peak of critical acclaim in the early 90s when he made films like Naked and Secrets and Lies, which both took the film world by storm.  Since then he’s been quietly turning out strong efforts like All or Nothing and Vera Drake, which were all appreciated but didn’t necessarily excite people.  As a rule, critics can actually be oddly unappreciative of consistency.  When someone like Leigh finds a mostly successful formula and simply sticks to it, observers actually get sort of bored.  They like to see reinvention and breakthrough more than they want to see more of the same thing they’ve already loved over and over again.  Audiences seemed to be especially weary of his last film Another Year, which really felt like “Leigh-by-numbers” and didn’t have much of a concept to lean on.  He does seem to have made a comeback though with his latest film, Mr. Turner, which returns to the period trappings that made Topsy Turvy such a pleasant aberration in his filmography.

The film is a biopic of the famous late 18th century/early 19th century painter J.M.W. Turner (played here by Timothy Spall), who achieved great fame amongst art aficionados of the period with his vivid landscapes and nautical paintings.  The film starts somewhere in the middle of Turner’s life.  He’s already built his reputation at this point and has already left his first mistress Sarah Danby (Ruth Sheen) with whom he had two illegitimate children.  The film takes something of an episodic approach to Turner’s life and follows him through the death of his father (Paul Jesson) and his relationship with a kindly widow named Sophia Booth (Marion Bailey) and his general betrayal of his housekeeper/mistress Hannah Danby (Dorothy Atkinson).

Mr. Turner is not the easiest film to talk about and analyze because it makes few attempts to conform Turner’s life into some kind of three act structure.  Instead this is a true character study about the life of a difficult and complicated artist which doesn’t try to either judge or pigeonhole its subject.  The J.M.W. Turner here is a really prickly person who definitely mistreats a number of people in his life.  He’s most certainly a bastard and Mike Leigh never downplays these aspects of his personality or forgives Turner for them, but he never lets that be the end of the conversation either.  His Turner is not a mean hearted person and he does do a number of things over the course of the film that seem to contradict his otherwise unpleasant demeanor, but then aren’t most lives filled with contradictions and inconsistencies?  That’s the thing about this movie, we very rarely see film characters who are this complex and multi-faceted, and it isn’t really until you’ve finished watching the film that you really see the amount of depth in the film’s depiction.

I also think that Leigh might see something of himself in in J.M.W. Turner, perhaps not on a personal level, but in his role as an artist.  Turner does not really fit the usual model of what you expect of a 19th century artist.  He isn’t some kind of bohemian French eccentric with beautiful muses who’s nobly starving for his passions.  He’s someone who is relatively well off but who has to constantly brownnose patrons in order to remain as such and Leigh does pretty much everything in his power to deglamorize his life and his surroundings.  This is not unlike Leigh’s own career, which has been well respected but also removed from the glamour that’s his Hollywood and European contemporaries.  The film also delves into one of the defining worries of an artist’s life: what their legacy will be.  Turner’s paintings are very realistic works and realism is a style that would become increasingly devalued in the years to come.  Turner seems to realize this, late in the film he has an encounter with an early photographer and seems to realize that this strange invention may make his work obsolete.  Even without this technological innovation he has seen the way artists of earlier generations have been devalued and seems to be very worried about the same thing happening to him after his death.

As deep as this character study can be, Leigh has also surrounded his subject with a number of interesting people.  The artistic community in early Victorian England has not been given a lot of exposure on film so it was definitely fascinating to see figures like Mary Somerville, Benjamin Haydon, John Ruskin, and J.E Mayall come and go from the movie.  I can’t say I was all that familiar with any of those names before seeing the movie, but they’re all really well realized and could have each easily supported movies in their own right.  These aren’t just gimmicky historical cameos either, each of these figures brings out something in Turner and reveal an aspect of his personality one way or another.  Even more interesting are the famous supporting characters are the women in Turner’s life, who are each also fascinating in their own rights.  I was especially interested in Turner’s relationship to Sophia Booth, a widowed innkeeper he meets and starts a relationship to without revealing his true name and occupation.  You get the impression that he creates this separate life with Booth because he enjoyed living a simpler life away from the pressures and pretentions of the art world, sort of like Don Draper’s West Coast friendship with Anna Draper on “Mad Men” except with the identity swap reversed, and Marion Bailey’s charming performance does a lot to explain why he’s want that.

I’m not exactly sure where Mike Leigh first came to learn about J.M.W.Turner or when he got it into his head to make a biopic out of his life, but I’m glad he was able to bring this project into fruition because it’s a really rewarding movie when all is said and done.  When I first left the film I knew it was a really strong work but wasn’t quite sure what to make of its episodic structure and its lack of a traditional arc.  It wasn’t really until I reflected on it that I really got a sense for just how complete the film is and how well it managed to paint (no pun intended) this complicated life.  Timothy Spall was the perfect choice for the lead role, Dick Pope’s cinematography is beautiful, the period settings are vivid but also realistically worn… in general it’s yet another instance where Mike Leigh managed to make everything come together perfectly.  I’d hesitate to call it one of Leigh’s masterpieces and it maybe could have used a trim here and there, but as a whole I think it’s a pretty damn nice accomplishment.